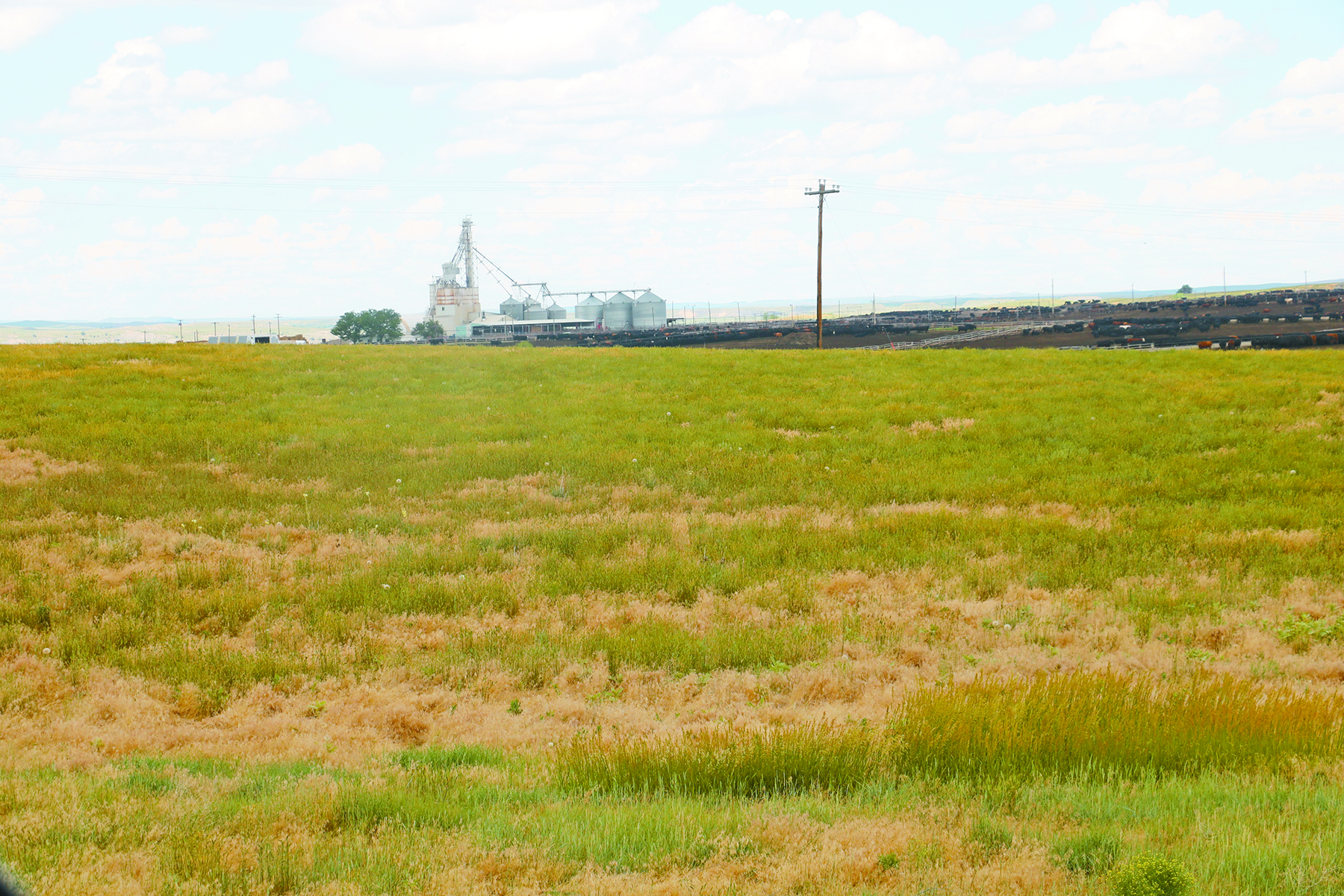 The planned site for the proposed 50-kill per week, meat processing cooperative is now just bare ground and located just down the road from Fall River Feedyard at 28005 Angostura Road. The property is a total of 11 acres and also touches the east side of Hwy. 385/18, across from Angostura Den.

HOT SPRINGS – Nearly one year ago, on July 8, 2020, more than 100 people attended a meeting at the Hot Springs Mueller Civic Center to discuss the possibility of a rancher-owned meat processing facility somewhere in the Black Hills area.

Over the past 11-plus months, the organizer of that meeting, Neil Sanders, an Oral native who now lives part-time in Rapid City but mostly in Sterling, Colo., where he is a partner and marketing director for Parry Angus, said a lot has been accomplished.

“I’m excited; we’re gonna get it done!” Sanders exclaimed during a phone interview this past Monday, when he enthusiastically spoke about the plans for the new Dakota Territory Beef label which will feature Fall River County area cattle.

Following the high level of interest and support during that meeting last year, Sanders said a board of directors has since been formed, by-laws have been created, land has been secured and so has some start-up funding, thanks to a $108,000 Federal CARES Act grant.

Sanders said their new United Rancher Cooperative recently acquired 11 acres of bare land south of Hot Springs from Donna Hartshorn, in exchange for stock in the cooperative. The land is located at 28005 Angostura Road and is near the Fall River Feedyard.

Plans for the site include initially constructing a 50-kill per week facility that would be 200-foot x 80-foot x 16-foot tall, pieced together by modular units that would include a “kill box,” along with a series of coolers and freezers. Sanders described the facility as a “Lego system” which allows for easy expansion when the need would arise.

Projected costs of construction are expected to be $2.8 million with their now-secured grant money going towards site work, engineering and a downpayment on the building. The goal currently is to break ground sometime later this fall, he said.

Sanders said he and his fellow board members have learned a lot in the past year, which included taking some wrong turns here and there, but they are very confident that their United Ranchers Cooperative and Dakota Territory Beef label will become a reality within the 30-month timeframe he announced 12 months ago.

Other board members include Kirk Hall, formerly of Edgemont now of Torrington, Wyo.; Bob Shannon of Edgemont; Harvey Fitzgerald of Buffalo Gap; and Dustin Luper of Hot Springs.

While he acknowledged that a lot of national changes need to be made in the beef industry, much of his confidence in what they are doing here locally with the United Ranchers Cooperative is the people he is working with to make it all happen.

“Regionally, we fight for ourselves. We make things happen,” Sanders said, while later adding, “If you’re not willing to climb the cliff, you’re never going to get a better view.”

One of the things which has Sanders excited about their future possibilities is the state of South Dakota’s recent inclusion in the Cooperative Interstate Shipping (CIS) program, which promotes the expansion of business opportunities for state-inspected meat and poultry establishments. Under CIS, state-inspected plants can operate as federally-inspected facilities, under specific conditions, and ship their product in interstate commerce and internationally. Without CIS, a state-inspected plant is limited to sales within its own borders even if an adjoining state is just across the highway or river.

Sanders said state guidelines are just as, or maybe even more, stringent than USDA. But with the shortage of USDA inspectors already being an issue, the CIS will allow their United Ranchers Cooperative to much more easily sell and ship to other states, like nearby Nebraska and Wyoming which can receive beef under this program. Currently, there are nine states in the CIS program that can export beef, including Indiana, Iowa, Maine, Missouri, North Dakota, Ohio, Vermont, Wisconsin, and now South Dakota.

One of the key obstacles in their success which Sanders identified at his 2020 meeting at the Mueller Center was finding and training the necessary labor.

He said they plan to employ 17 to 22 people. Finding those employees is something all industries are dealing with right now, but some positive developments with that concern is the fact that Western Dakota Technical Institute (WDTI) in Rapid City will soon be offering a meat processing degree. While the students will be doing their practicals through Wall Meats, based out of Wall, Sanders said he has connected with the WDTI President and she was very excited to learn of the plans in Fall River County and expressed a willingness to work together.

In addition, Sanders is also working with the Veterans Service Officer in Rapid City to develop a relationship with Veterans throughout the country who are looking for career options after they leave the service. Additionally, Sanders has also made connections with international meat cutters in countries like Serbia, who are already trained and very interested in moving to the United State for work.

The economic impact of 17 to 22 relatively high-paying jobs ($30,000 to $42,000 per year) is “going to be huge” for the area, Sanders said, while adding that their board of directors is working with a state economist to accurately depict the overall impact on the county’s economy.

Another positive benefit to the area of having the cooperative packing plant in Fall River County is that it allows the consumer to have a much closer connection to the food that they eat. Sanders said that each package of Dakota Territory Beef will have a QR code on it which the consumer can access digitally to learn more about the actual beef they are eating and where it came from.

“Once you do that, you’ve got a consumer for life,” Sanders said.

Rancher membership into the cooperative will soon be made available through a prospectus that is being developed. Sanders said it will likely entail a producer providing 25 head that would then also be fed at the nearby Fall River Feedyard. The cooperative investor, who would then also be a voting member, would likely recoup their investment in two years and then decide if they would like paid dividends or vote to invest back into the co-op for future expansion.

To learn more about United Rancher Cooperative, Sanders can be reached by calling 605-858-4478. Or you may also email any of the board of directors at This email address is being protected from spambots. You need JavaScript enabled to view it..