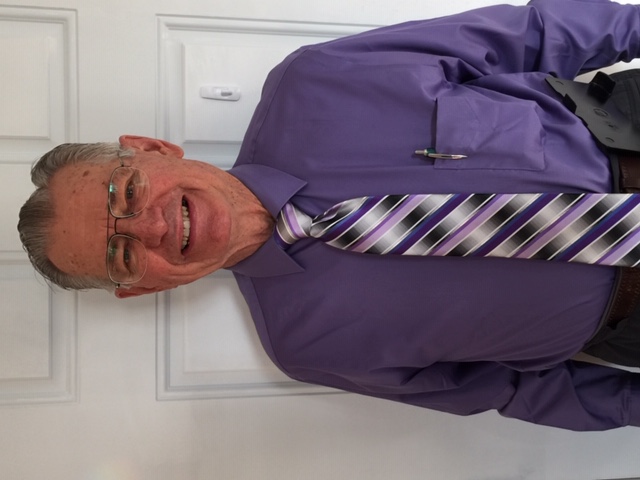 EDGEMONT – Dr. Gregory Kopriva is almost 90 years old. He currently resides in Edgewood Assisted Living in Rapid City along with his wife, Kathryn, where the couple has lived for the last two years, when they had to move after Kathryn fell and broke her hip.

Kopriva and his family moved to Rapid City in 1964 after deciding to leave Edgemont in search of an opportunity that would support a young dentist and his family that had grown to include five children.

Kopriva is the son of Lawrence K. Kopriva who acquired the former Edgemont Tribune from its previous owner George F. Walters in 1939. Kopriva recalls that he was 11-years-old when World War II broke out and by 1941, his father had lost three employees as volunteers for the war effort as patriotism and the desire to step forward and serve the country were strong at that time.

“Me and my sister who was only 9-and-a-half would come home from school that morning and help dad in his efforts to get the paper ready,” recalls Kopriva. “If you went to school in the morning, you usually came home and worked in the afternoon. And then kids that went to school in the afternoon had done their work in the morning. And kids worked paying jobs because there was such a need for workers due to those off serving the country during the war.”

After the war broke out, “troop trains” began coming through Edgemont, which was the division point of the railroad, according to Kopriva. These trains were easily identified due to the white flags tied onto the smokestack of their engines. He said troops would often be uncertain as to which town they had reached and would ask him where they were. Often they would de-board for up to half-an-hour and quickly scurry through town in search of food and drink, with some products being in short supply due to rationing that was in place.

Kopriva said that the announcement that the Black Hills Ordinance Depot or “Igloo” as it came to be known, was coming to Edgemont was the biggest news the town has ever received to this day. Kopriva’s father received a phone call from Senator Frances Case saying, “I’ve got big news…” At the time, according to Kopriva, if you included dogs and cats, Edgemont’s population would have been about 1,000. Suddenly, by 1942, there were 8,000 people due to the community created by the installation of the Depot.

The construction of the Depot itself brought about a huge change for Lawrence Kopriva’s business. The Turtling Brothers ,who built everything out at the Depot, approached Kopriva about printing plans for the new facility, which required that he purchase a new printing press that could handle the additional capacity. The new press had an automatic feeder, which was a novel feature for a printing press of that time, especially a newspaper serving a small town like Edgemont.

Kopriva recalls the Chamber of Commerce pleading with townspeople to convert garages into apartments to house Depot construction workers. This ultimately impacted the Koprivas’ plan for a new garage which never came to be as in the early stages of its construction plans were altered and the garage became apartment units that housed four people. Two other renters were housed elsewhere in their residence.

The new installation south of town caused merchants in Edgemont to increase their inventory and business capacity to accommodate the needs of the new patrons. When the announcement of the Depot closure came in 1964, the same local merchants were up in arms as the mass exodus they immediately anticipated became a reality.

Kopriva’s father owned the newspaper until 1959, when he sold it to Charles Donnelly and Leonard Davies, ending a 20-year history as the town newspaper’s owner and publisher.

As for Kopriva, he knew by his junior year in high school that he wanted to become a dentist. In addition to his own motivations, his father sternly insisted that he look elsewhere besides the newspaper business because it had less certainty than the needs of people with respect to health and medicine. After graduating high school in 1949, as the valedictorian of his class, Kopriva matriculated to Creighton University’s dental school, largely at the insistence of the local dentist in Edgemont, Dr. L.S. Curtiss and M.F. Jackley the local school superintendent, who both had attended the school.

After graduating dental school in 1955, and looking around the Black Hills region for practices where dentists were looking to retire, Kopriva accepted an offer from Curtiss to join his Edgemont practice where he was backlogged and patients were having to wait a year for an appointment. Many of his patients were Igloo residents who were in need of a dental practice until the facility closed for good in 1967. In 1964, following Curtiss’s passing, Kopriva decided to move to Rapid City which provided a demand for his services that would meet his growing family’s needs. He continued to serve the Edgemont community on a part-time basis for the next three years.