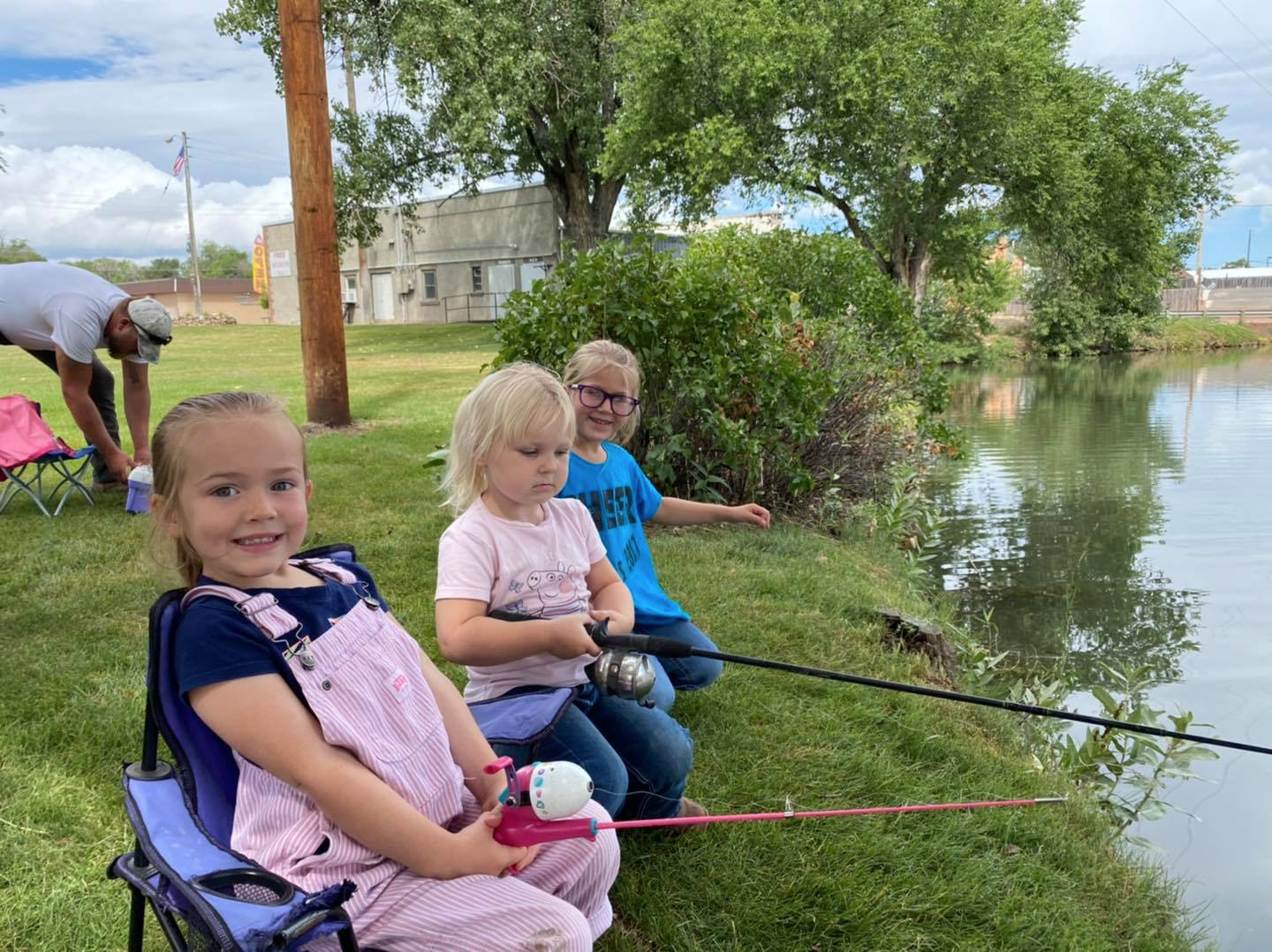 Lily Kaiser, Macy Anderson, and Oakley Kaiser eagerly anticipate the bite of a fish on their line as they participate in the Jerry Dibble Memorial Fishing Derby as part of It’s Not Fair this past weekend in Edgemont.

EDGEMONT – Even before the final verdict was announced by the Fall River County Fair Committee on the decision to cancel this year’s fair, the wheels were turning in Edgemont to come up with something that would serve as an alternative.

Rachel Schull took the lead in coming up with events and activities, made appearances before city council, and completed the necessary forms and paperwork to authorize activities on city property.

When asked about how she viewed turnout and participation, Schull was quick to put things into context. “I think it was great, especially for everything being last minute,” said Schull.

According to Schull, the fishing derby, which was held last week on Thursday, July 30, drew 22 participants. Cooper Wartenbee, grandson of the late Jerry Dibble, won the award for catching the longest fish.

Suzanne Hollenbeck was one of the chaperones on hand for the teen dance on Thursday evening. She observed that many kids were content to simply hang out and chat with their peers whom they hadn’t seen as much of since on-campus learning was suspended at the end of March.

“It was a chance for the kids to get out and talk to each other because they haven’t had as much of a chance to do that,” said Hollenbeck.

Hollenbeck went on to say that although some might have viewed the dance as a make-up for prom, most were not in formal attire and the atmosphere more closely resembled that of the teen dance that takes place during the county fair.

Chicken Roping drew about 20 participants according to Schull, and a similar number participated in the baggo tournament at the Victory on Friday evening.

The parade was held on Saturday with participants being announced by Cathy Corbett, who also provided music. American Legion Riders presented the colors and fire trucks from both the Edgemont Volunteer Fire Department and state agencies were on hand.