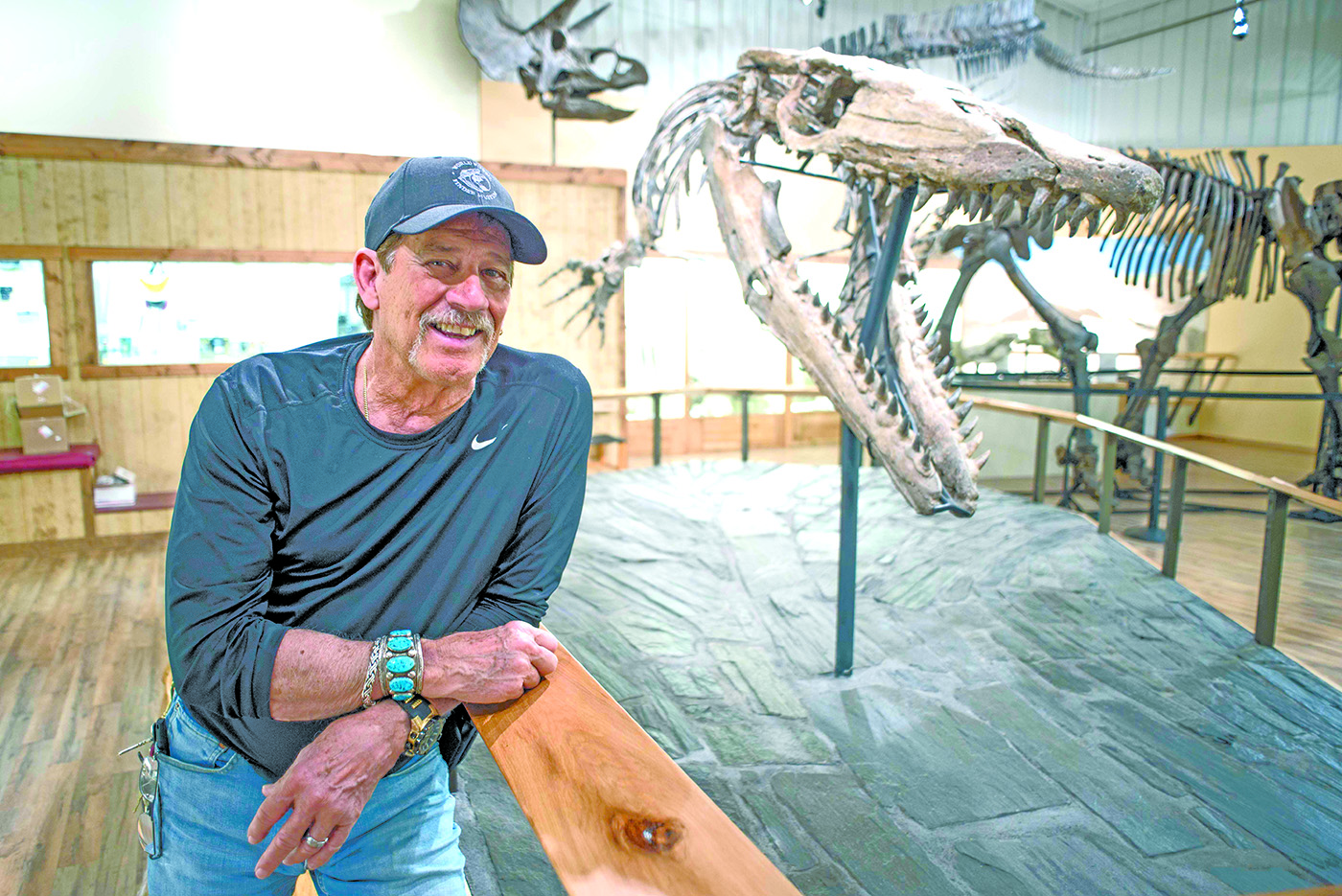 The museum opened its doors on June 20 and will serve the Hot Springs community with world-class paleontological curation, retail, and educational programming.

The museum, a gift to Garcia from daughter Christina Rohde, will serve as an educational outlet for the region, providing a glimpse into the world of fossil finding and the life and works of Garcia and other amateur paleontologists from around the world.

Garcia, a Florida native, has been digging for fossils since 1955. In 1983 Garcia discovered the world’s richest and earliest ice age site of its time, the Leisey Shell Pit in Hillsborough County, near Tampa Bay, Fla. Located in the museum, a mural depicting the Leisey Dig complements a full series of historical context through photos, diagrams, and actual fossil remains from the site.

“It [Leisey Shell Pit] was a massive bonebed that Frank discovered. 214 animals were discovered, a handful new to science,” explains Riley Lawson, museum curator. Lawson, a fellow paleontologist, directs creative insights and duties at the museum, and who Garcia thanks explicitly for the quality display-layout and construction seen throughout the museum.

“A few unique things about our museum is that none of our skeletons are made of plastic. We have all real skeletons here. And we’re all amateurs here too. No one has a degree in paleontology. You don’t have to have a degree to research the same books that they do,” Lawson says.

Sharing the local paleontological landscape with the world-renown Mammoth Site is something that Garcia and crew are happy to do.

“We have a variety of fossils that they [Mammoth Site] don’t have. They have the greatest mammoth site in the world, and we’ve got the world’s biggest and best Tylosaur, swimming reptile---found four miles from my house in Edgemont,” says Garcia.

At 50 feet long, the nearly complete fossil remains of the Tylosaurus, a long-extinct marine reptile, hang intact overhead in the museum’s main gallery. “Debbie Sue,” affectionately named by Garcia after his wife and gallery co-owner, Debby Garcia, is claimed to be the largest and most complete Tylosaurus fossil of its kind.

“My wife found the skull. It was so cool,” he explains.

“I found the body the first day with Gary Brown. The second day I bring my wife, and we’re diggin’, and we’ve found a bunch of vertebrae already. We’re right in this ribcage section and she goes, ‘Look! There’s a little aloe plant up there! If you dig underneath there, I bet the skull’s there.’ So, I jumped the gun and went way up ahead and dug, and there was this magnificent five-foot Tylosaur skull!”

“So I named it after her,” adds Garcia.

This sort of passion and excitement for “the dig” is hard to ignore when talking with Garcia. Expressed by museum displays, brimming with a large variety of fossil remains---not just Garcia’s, but the world’s history is on full display, albeit abridged, nonetheless as rich as the experiences he chooses to share with his community.

As if his mission isn’t already clear, Garcia explains a few more intentions on his list. Garcia plans to add an “Amateur Paleontologist Hall of Fame” to his museum, to continue to celebrate the dedication to science shared by his community the world over.

“This museum is about education and humanity, absolutely! We care about people and we care about science,” says Garcia. “We’re showing the people about the fossils here in the area. Showing them about fossils from around the world. A lot of people won’t get a chance to travel [to remote places], but they’ll get to come here.”